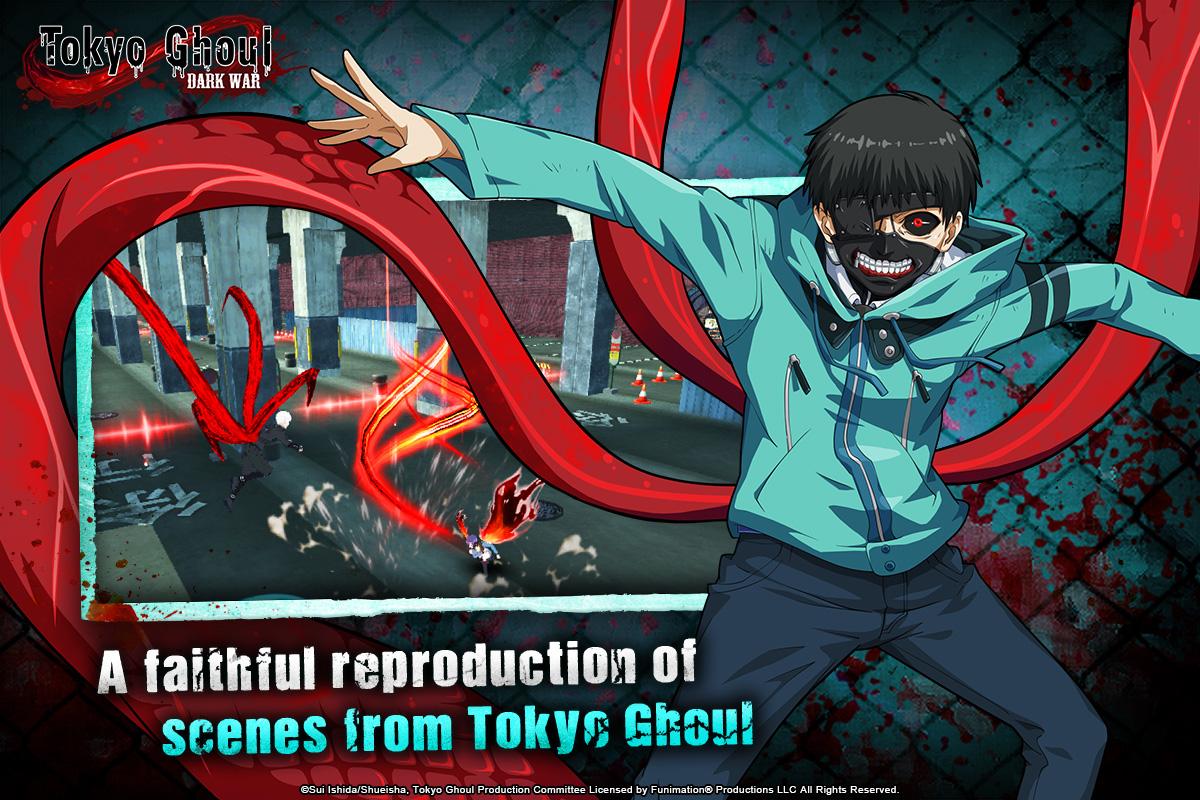 Tokyo Ghoul: Dark War is an anime ARPG mobile game officially authorized by Studio Pierrot and launched by GameSamba. Experience the original story of Tokyo Ghoul, collect your favorite characters, face exciting challenges, battle together with other players and brawl in PVP events. - A refined mobile experience Effortlessly command your team with simple and intuitive touch controls. Fight your enemies, not your phone! - Next-gen graphics, intense music, and original sound effects will completely immerse you in the world of Tokyo Ghoul! Enjoy stunning graphics as you battle through the dark Tokyo streets, Anteiku, the CCG Laboratory and other familiar settings from the anime. Return to the world of Tokyo Ghoul with story scenes featuring clips from the original anime! - Choose your favorite characters! Select different Ghouls and CCG Investigators to fight together! Assemble a team from over 50 different characters, including Ken Kaneki, Touka Kirishima, and other popular anime characters. Even if characters belong to opposing sides, they can fight side by side on your team as you build the strongest combinations! - Multi-dimensional character growth system lets you develop characters in different ways! Collect, raise, grow, upgrade, equip, and choose different character combinations to make the best team. Create a unique formation of your own! - Intense solo and team gameplay! You don’t have to fight your battles alone! Team up with other players to take down high level dungeons or fight it out in the PVP Arena or MOBA modes. Become the strongest ghoul in the world!

 More by GameSamba: Show all+

 Is Tokyo Ghoul: Dark War yours? Claim it!