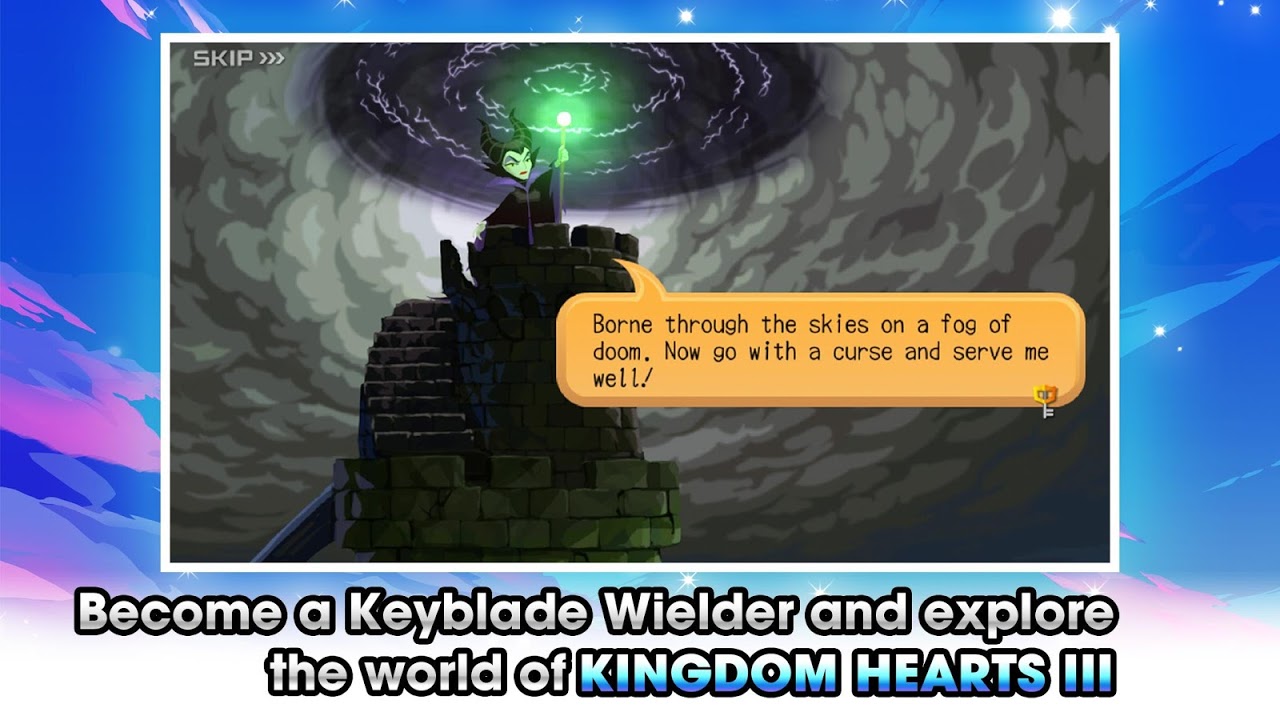  Experience the Disney magic of KINGDOM HEARTS on mobile for the 1st time!

Adventure across Disney’s magical and wondrous worlds in the first mobile app for the beloved KINGDOM HEARTS series! KINGDOM HEARTS is a tale about Light and Friendship overcoming the power of Darkness. Over the last 15 years, millions of fans have experienced the epic tale of King Mickey, Donald, Goofy, and more than 100 Disney characters joining forces with Sora, Keyblade warriors, and heroes from Square Enix’s popular FINAL FANTASY video game series as they battle to protect their friends and save all worlds from the Heartless. Become a hero at the very beginning of the KINGDOM HEARTS story in the era before the Ancient Keyblade War. Gather LUX—a mysterious form of light—and fight the Heartless as you explore beautiful Disney worlds. Meet familiar faces, strengthen yourself and your Keyblades! - Battle against the Heartless using your legendary Keyblades. Tap to attack, swipe to hit multiple enemies, and flick medals to unleash their special abilities. - Strategize to defeat enemies in fewer turns for greater rewards by using your special attacks and finding the right balance of power, magic, and speed medals. - Customize your hero by changing your avatar’s outfits to match your style of fashion. Be on the lookout for outfits based upon popular Disney, FINAL FANTASY and KINGDOM HEARTS characters, as well as seasonal clothing! - Collect and evolve hundreds of character medals, which contain the harnessed power of popular Disney and FINAL FANTASY heroes and villains. - Team up with friends to challenge and take down monstrous Heartless raid bosses for even greater rewards! - Survive the challenges in the Olympus Coliseum, where the strongest heroes can brave additional bosses and unlock the rare medals. NOTE: An additional download of about 700MB will be required after installation of this application, so please make sure you have access to a stable internet connection. The download will expand in size during installation, and you will need a total of about 1.1 GB free in order to play this game. </br>

 Is KINGDOM HEARTS Unchained χ yours? Claim it!