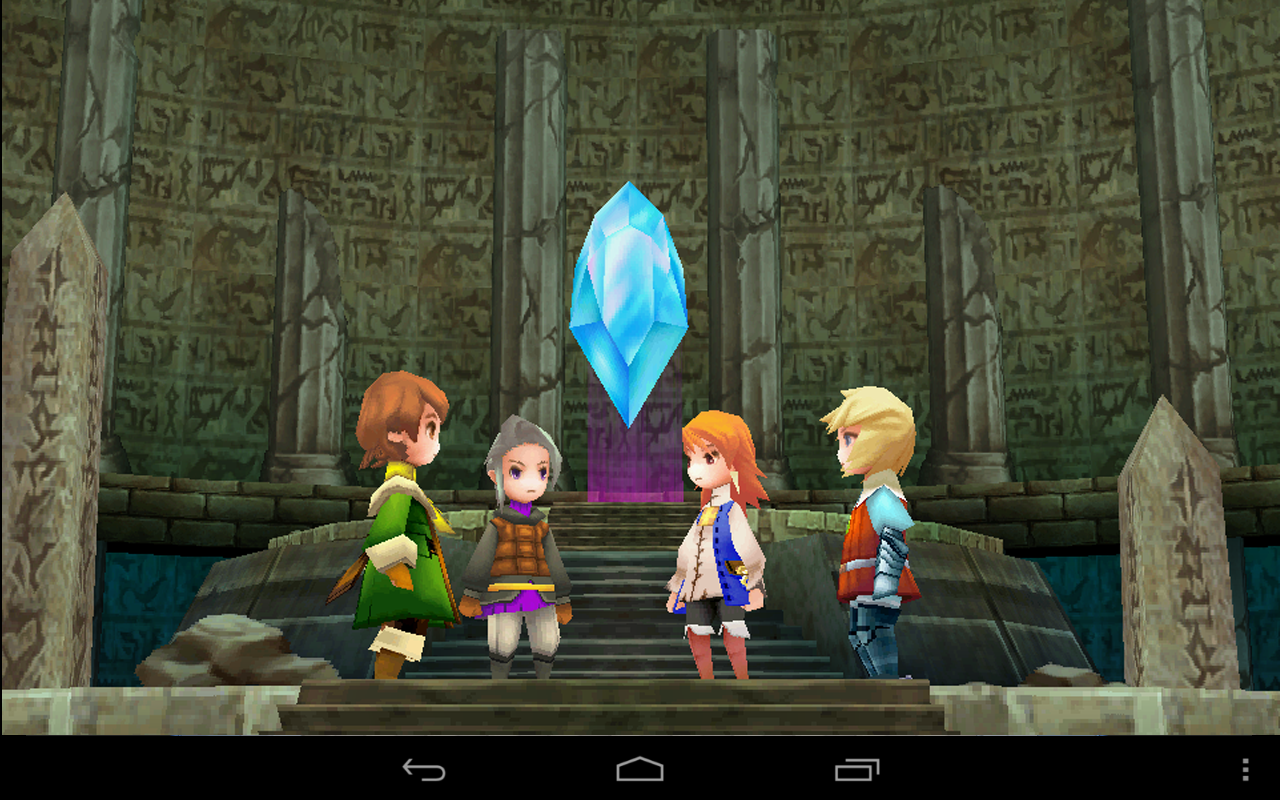 Enjoy this 90’s classic on your mobile device at any time. FINAL FANTASY III has become increasingly popular since its release back in 1990 and was the first from this series to reach a million-seller status. We have all heard about this game and probably played it at some point in life in a console or PC. Now, you can have all the fun and adventure in your pocket, with this mobile experience. Back in 2006, the 3D version was released and made the game even more successful, making millions of people worldwide want to play it and buy it. The gameplay is very easy to understand and this version was specially created for Android mobile devices, meaning you can expect the controls to be intuitive and the graphics adapt perfectly to your screen. Seen as an innovation starter, FINAL FANTASY III disrupted traditional games with amazing storylines to the ability for characters to change classes and summon powerful creatures like Shiva and Bahamut. The story is as you know it, as soon as darkness falls and the land loses its light, the crystals pick 4 characters to go on a journey to save the world. Download FINAL FANTASY III now and discover all the features that we created for you, such as new 3D visuals and story sequences, intuitive controls and a new design on the Job Mastery Cards.

 Is FINAL FANTASY III yours? Claim it!