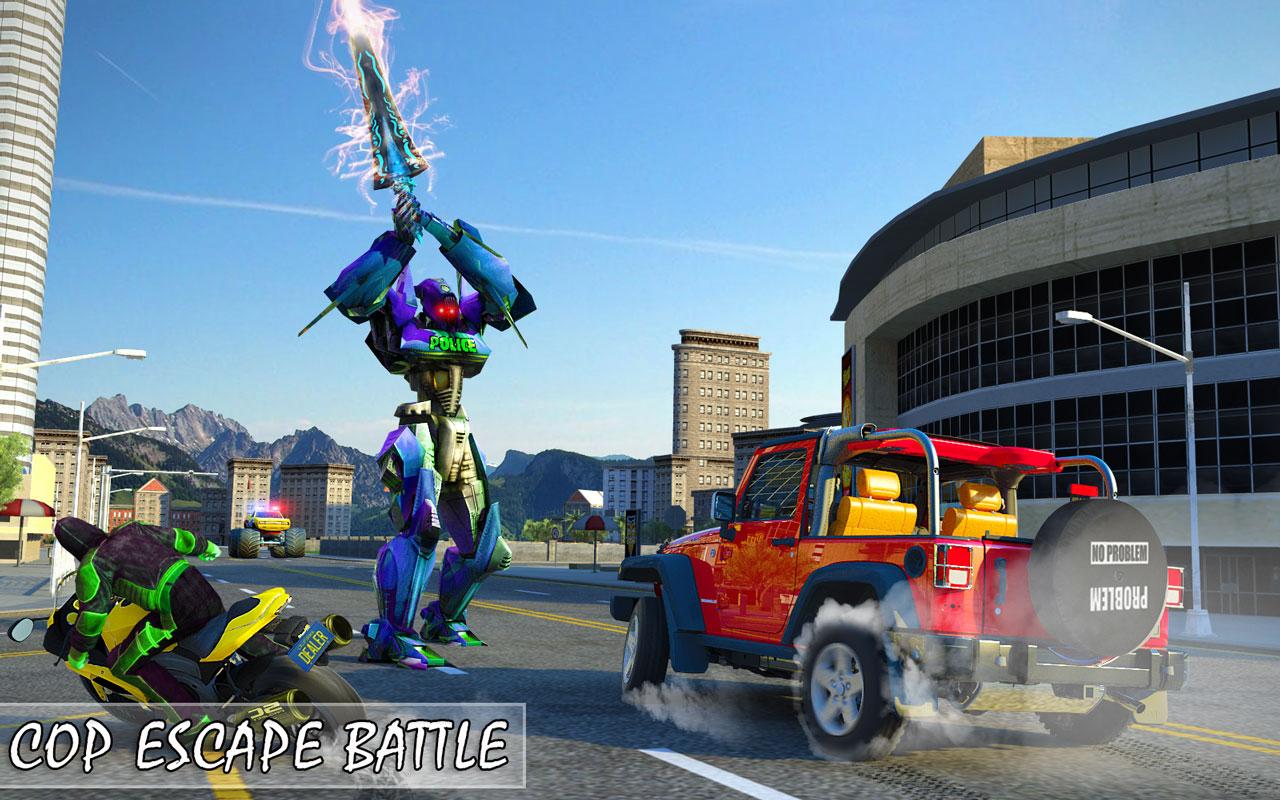 Drive monster truck at maximum speed to reach the finish line to do ny battle with city gangsters. Stay on the tracks and cross the dangerous paths of roads, perform extreme stunts in monster truck driver police chase robot games. Transform into a police robot, avoid the obstacles and the giant courses in robot war, and be careful from damage thrilling curves, ramps and bridges in shooting police driving chase games. You’re in a high-speed police truck to catch runaway drivers by chase with the city’s fastest robot war police truck games. Also transform into fighting robot and eliminate fully. Fire up faster, avoid traffic, and arrest city gangs as you chase through the city. Driving your getaway car in this robot war police chase game is easy with intuitive like never before in ultimate police robot games. Compete against rivals to beat them in monster truck robot chase, shoot with weapons and get in the best possible position during the robot chase. You will pit all manner of crazy vehicles and rules, battling each other in a world of cop robot & police truck racing tracks and oversized obstacles. The race & police monster truck chase take place on very populated roads, you must be very careful with the hard turns. With battling gangsters’ squad crazy drive, since they take over the city and upheaving the peace in police games. Your mission is to go to the alarming location caused by the gangsters following the GPS and map instructions. After reaching at that point after a long chase and truck driving, deal looters mission with harsh fist and start gang elimination missions in fighting robot games. Be the vigilant cop robot and damage the criminals and Mexican cartels to arrest them as monster truck chase cop hero robot games. Turn on the truck sirens! Drive fast and through the life taking turns to eliminate criminals in monster truck simulator game. Avoid the damage, hurdles, sharp turns and on-coming traffic in police games. US Police Monster Truck Transform Robot War Games features: Monster truck as police vehicle Cop robot to fight and chase cars Realistic environment a gameplay Chasing and eliminations robot and truck levels Multiple levels to enhance pleasure Download US Police Monster Truck Transform Robot War Games and give us your feedback so we will be able to drop in more cop training for you.

 Is US Police Monster Truck Transform Robot War Games yours? Claim it!