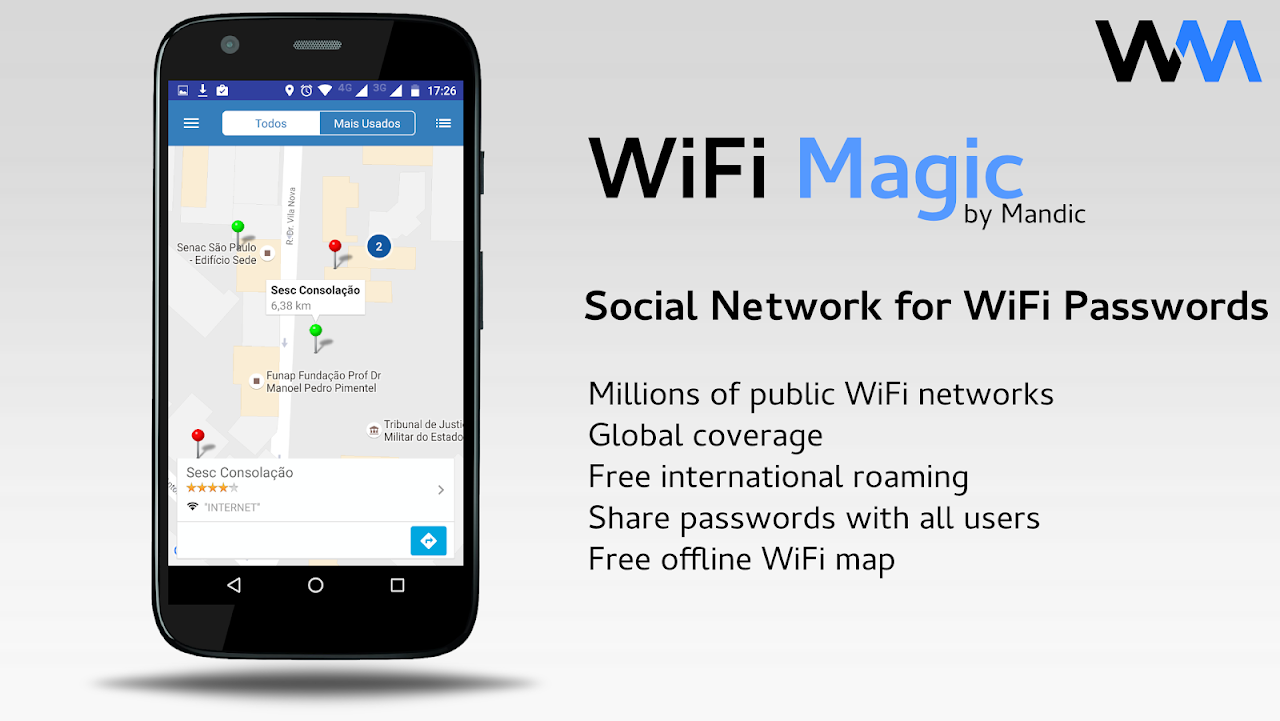 WiFi Magic is a social network for public WiFi passwords. So what are public WiFi passwords? WiFi passwords are the ones required to access public WiFi networks at restaurants, hotels, cafes, etc. where you typically have to ask for a password before using the network. WiFi Magic relies on the collaboration between users, who help each other by updating the system with new public WiFi networks and their passwords, thus allowing other users to automatically fetch them. WiFi Magic has no direct access to your passwords or your router. WiFi Magic is present in locations around the world, including remote and isolated places such as Greenland, Patagonia or central Africa. Advantages of using WiFi Magic: Data plan savings. Nowadays most of our data resides in the Cloud, photos, email, games, etc., resulting in a need for more expensive data plans. WiFi Magic helps you minimize the use of your data plan. Roaming savings. It is well known that roaming charges are usually incredibly high. WiFi Magic allows you to find the closest WiFi hotspot, thus avoiding the use of expensive roaming during trips abroad. Battering savings. Cellular 3G and 4G technologies for data are known to consume more battery than WiFi connectivity. NOTE: WIFI MAGIC IS RESTRICTED TO PUBLIC NETWORKS. IT DOES NOT HANDLE ANY SORT OF PRIVATE OR RESIDENTIAL NETWORKS.


 More like WiFi Magic by Mandic Passwords: Show all+

 Is WiFi Magic by Mandic Passwords yours? Claim it!