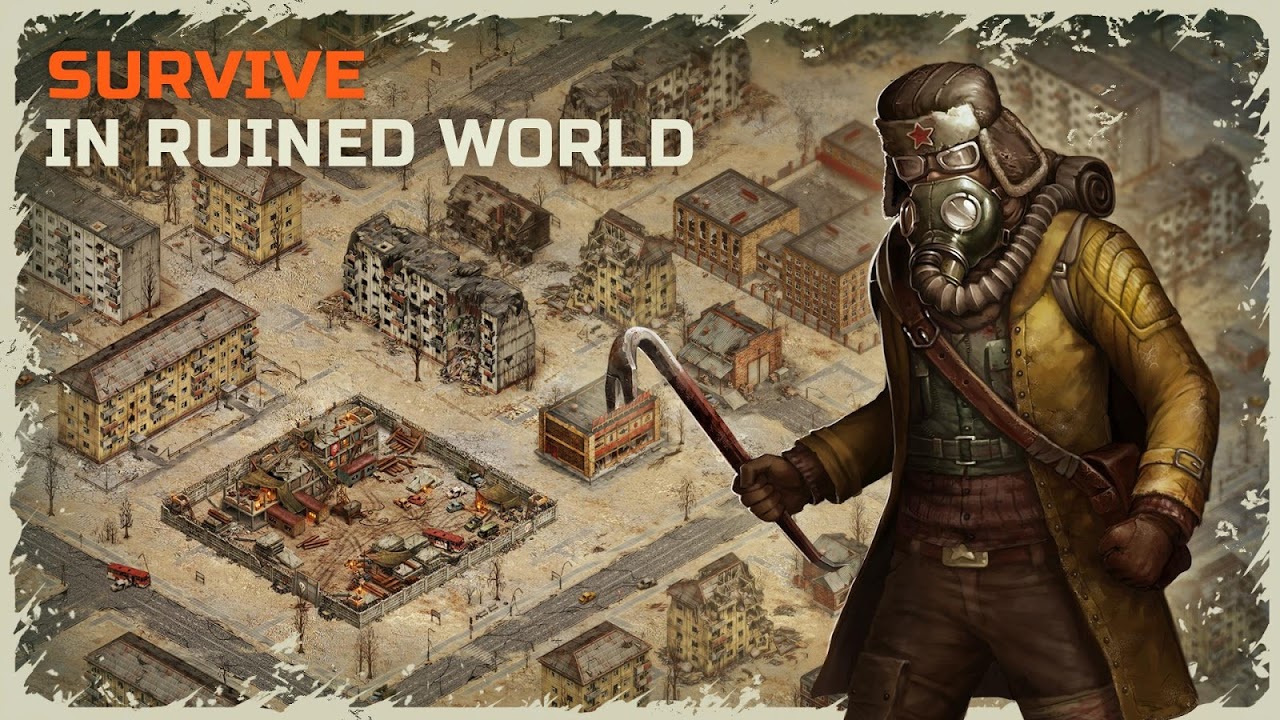 Benefits of Premium version: - 2,500 caps every new game - "Disable ad" button - Save anywhere - Chat without limitations - Send packages without limitations - Access to all kinds and colors of map markers Can you survive in a world destroyed by nuclear war? With radiation, hunger and disease all around you. You have to cross the entire country and save your family. Who knows if they are even alive, or if radiation and the deadly virus have already reached them? Uncover the secret of the apocalypse and regain your memories during a journey across the huge territory of the USSR in the 1980s. Surviving after the apocalypse isn't easy. You'll have to face the real hunger games! Monsters, zombies, thirst, countless diseases and injuries, blood-thirsty enemies – you have to fight it all. Craft all your resources: weapons, clothes, and transport. - Hardcore survival: Hunger, zombies and radiation won't give you a chance to relax. - Realistic world: Changing seasons, huge map of the USSR and more than 2,700 different towns and cities. Hunt animals, but be careful: even rats can seriously injure you! Explore the wilderness! - Endless possibilities: Multicraft, acquiring skills, hundreds of crafting recipes, lots of ammunition. - People and stories: Exciting quests and helpful allies. An open game world. - Improve your skills: Mechanics, blacksmith, chemistry and much more. - Cooperative mode: Online mode with chat, item exchange and joint fights. Multiplayer survival game. Survive in a post-nuclear USSR: overcome disease, hunger and enemies! Play Online too! Survive together with other players. Explore abandoned buildings and shelters. Find weapons and build transport using various materials. Remember everything you ever learned about chemistry and physics! It's an incredibly realistic survival game! Features: - Сraft system – get resources, hunt, find useful objects or weapons and create your own! - Hardcore survival simulator - Journey across the wilderness map in multiplayer mode - Choose the difficulty: sandbox, real life or online War never changes. In 1985, the USSR collapsed before an unknown enemy. Within days, the entire country became a radioactive wasteland – violence, hunger and disease reign here now. When you no longer lose in the fight with death, other survivors await you in coop – Online mode lets you survive together, dealing with hardship, talking in chat and sending gifts to each other. License agreement: https://dayrtech.ru/conditions/en/

 More by GM_Shaber: Show all+

 Is Day R Premium yours? Claim it!