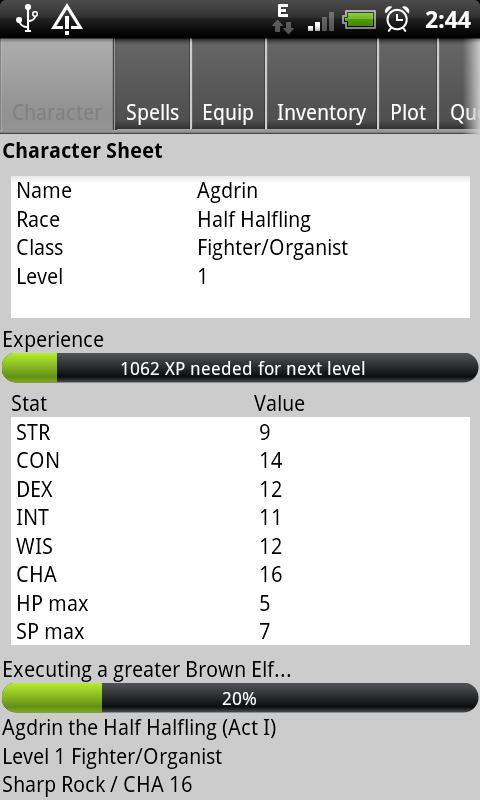 Progress Quest is a next generation computer role-playing game. Gamers who have played modern online role-playing games, or almost any computer role-playing game, or who have at any time installed or upgraded their operating system, will find themselves incredibly comfortable with Progress Quest's very familiar gameplay. Progress Quest follows reverently in the footsteps of recent smash hit online worlds, but is careful to streamline the more tedious aspects of those offerings. Players will still have the satisfaction of building their character from a ninety-pound level 1 teenager, to an incredibly puissant, magically imbued warrior, well able to snuff out the lives of a barnload of bugbears without need of so much as a lunch break. Yet, gone are the tedious micromanagement and other frustrations common to that older generation of RPG's. NOTES: - Add widget to home screen to continue progress even on background. - 3D mode support depends on device. It should work in most cases. - Progress stops when your device goes to sleep. - Widget will not work if app was installed on SD Card.

 More by pkunk: Show all+

 Is Progress Quest yours? Claim it!