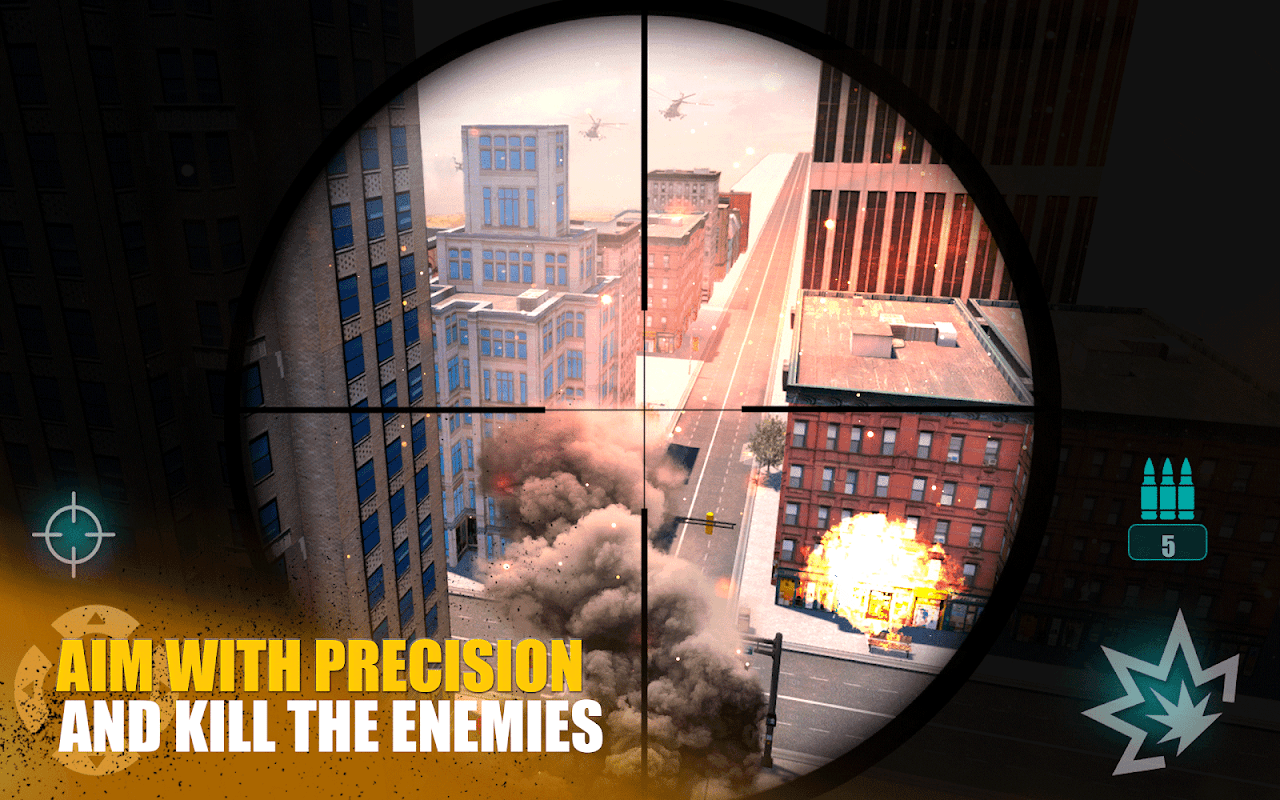 Freedom fighter is a story of a commando fighting for freedom of his country. His father was abducted by the eastern army. Eastern army lead by tyrant general wanted to rule city by force. National army is on retreat need to fight back and win the city back. Army commandos loaded with snipers is going on a war against eastern army and mafia gangsters and thieves supported by tyrant general. As a special sniper warrior, don't let them slip away in this brutal age as thief master is capable of doing maximum damage. This is a free shooting and sniping game where you have to find enemy general protected in the arena of sniper. This is one of the best free shooting game where you have to find enemy and eliminate them before they find you. As a frontline sniper and a commando shooter, get ready for survival war against monster enemy army. This is counter terrorist open war in which sniper hero and war heroes have to take part in shoot competition. One of the hardest sniper assassination mission as you are being sent to assassin . Incredible monster warriors, war criminals, crime lords have taken control over jungle and turned it into a forbidden city where nobody is daring to go. As a universe defender and an incredible hero it is your responsibility to fight this future war against global terrorist and dark hero, eliminate the terrorist and become a superhero. If you love 3d sniper games and free shooting games. This is a stealth shooting game where you have been sent on a shooting assassin mission for gangster assault with an ultimate sniper gun. Deadly criminals have hired mafia to hunt down super hero who has already destroyed monster city once when he was sent on a war rescue mission to perform rescue duty in the battle zone. That army rescue mission had a tough fighting where city fighter and flying mutant ninja warrior also took part and used their strange mutant superhero powers to crush mafia. Features ★ Stunning 3D Environment ★ Numerous sniping scenarios and offline mission types ★ Realistic bullet time effect and slow motion

 Is Freedom Fighter yours? Claim it!