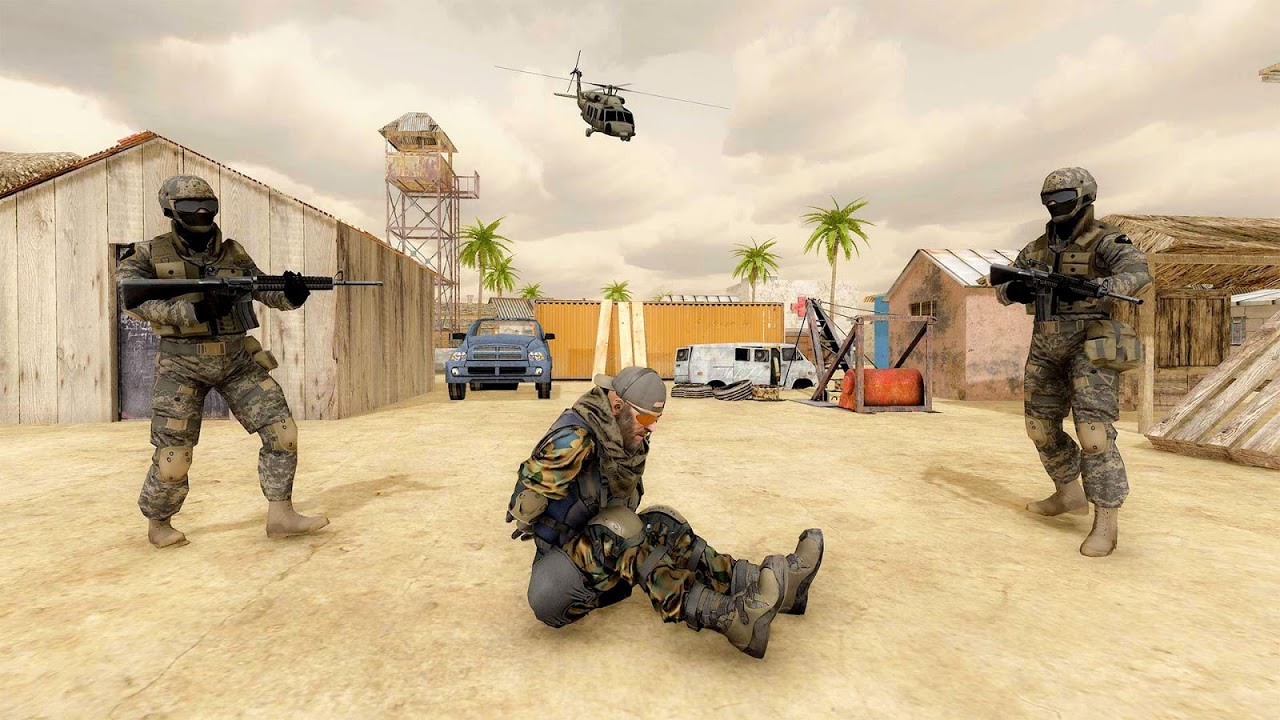 Gears up to play the modern military force the most existing counter terrorist game of 2018. You are a mercenary and your mission is to eliminate the terrorist from all over of the world. SWAT team got the intelligence terrorist are planning a huge strike on your country. As an US army elite shooter, you have been chosen to allot this glorious counter terrorist mission under this critical condition. Your task is to counter the terrorist and destroy enemy territory. Elite commando your enemy terrorists are dangerous, well trained and fully armed. Terrorist abduct innocent , brain wash, and use them for their evil. Rescue your innocent citizen and protect motherland from your squad rivals. Enemies are in numbers, skilled and dangerous. SWAT commando you have arsenal of weapons, through which you have the chance to defeat your enemy and eliminate their presence from your arena. Modern Military Force - Counter Terrorist Game Features: - Simple and smooth Controls. - Advanced AI. - Incredible sound track and high quality (HD) 3D graphics - Can play anywhere and anytime. - Have close and distance combat according to mission mode and level difficulties. - A large number of advanced and powerful weaponry.